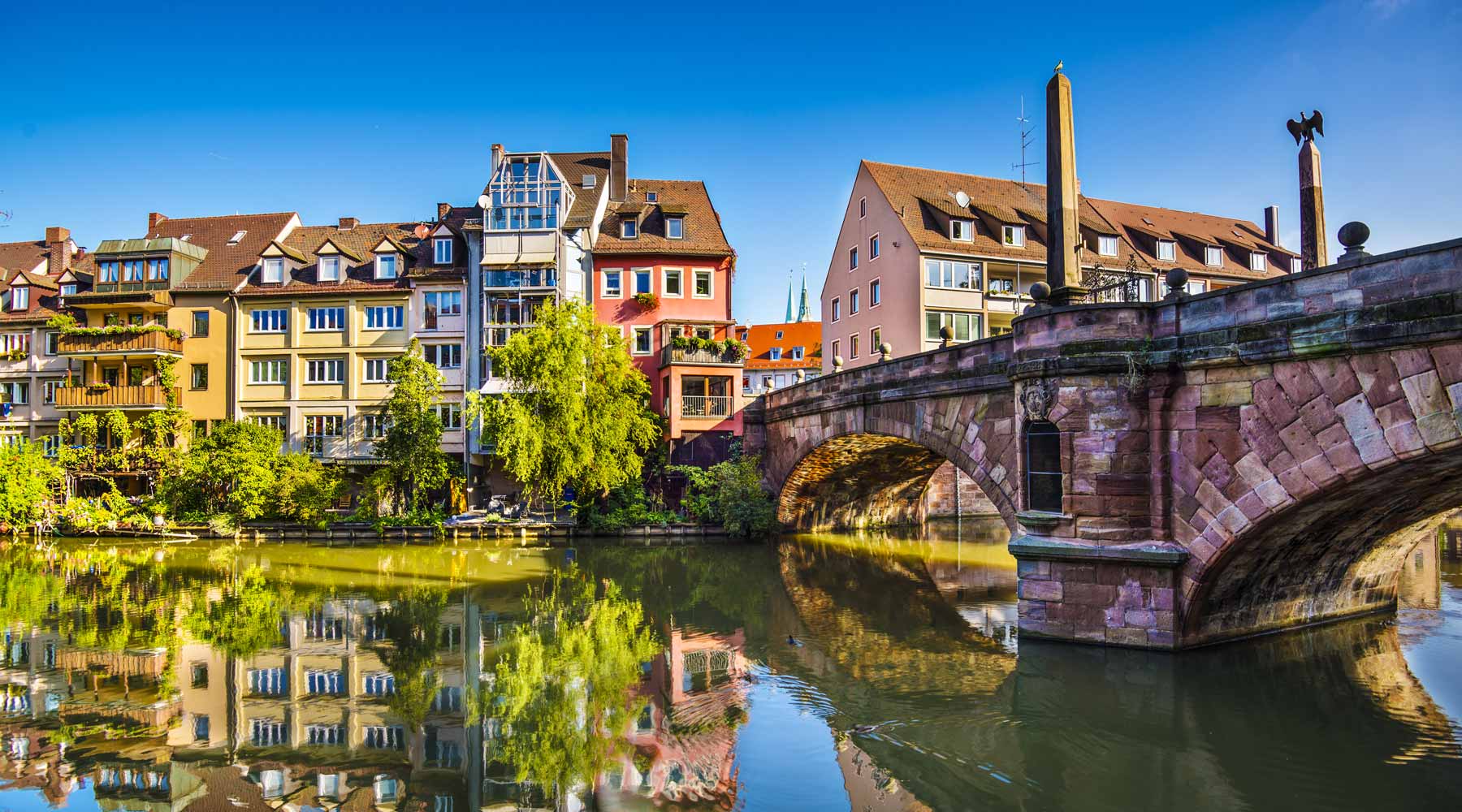 The city of Nuremberg is located in the north of the state of Bavaria. The cityscape is characterized by medieval architecture such as the fortress walls and towers of the old town. The imperial castle rises above the red tiled roofs on the northern edge of the old town. The partially gilded, multi-tiered beautiful fountain and the Gothic Frauenkirche from the 14th century are located on the main market in the city center.

The 10 best sights of Nuremberg